Listen Softly is a welcoming, inclusive and supportive spoken word evening, with much joviality and encouragement.

Entry is FREE and there will be a raffle. Doors open 6.00pm. Please book in advance; it’s always busy! 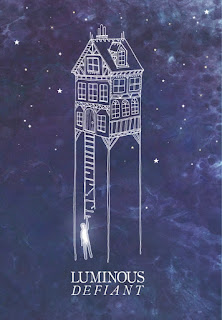 The other five performers are contributors to Listen Softly’s new publication Luminous, Defiant which will be on sale for the first time at Golden Hare for the event!


JOANNE BELL’S short fiction has been published in literary magazines including Northwords Now and Salomé. Her short story ‘Breaking Glass’ was selected for Story Shop at the Edinburgh International Book Festival in 2017. She has performed her fiction and poetry in Scotland and New York. Joanne is currently completing her first novel in Edinburgh, where she lives with her dog Hope. http://www.joannebell.org @joannebell

ALISON GIBSON is a writer and photographer based in Edinburgh. In 2015 she read a piece at Story Shop at the Edinburgh International Book Festival. She is currently writing her first novel.

ROY MOLLER is a poet and songwriter who lives in Dunbar, East Lothian. His musical works include My Week Beats Your Year, described by Louder Than War as “profoundly moving and inspirational”. His poetry has been featured in the anthologies The Sea (Rebel Poetry) and Neu! Reekie!: UntitledTwo and exhibited as part of the Scottish Mental Health Arts Festival.

LAUREN POPE’S poetry has appeared in Gutter, Magma, The North, The Rialto and Eyewear Publishing’s The Best New British and Irish Poets 2017.  Templar Poetry recently published her pamphlet, Announce This, which was shortlisted for the 2018 Callum Macdonald Memorial Award.

FINOLA SCOTT likes writing and tickling her grandchildren. Her poems are found in Clear Poetry, The Lake, Ink Sweat and Tearsand Coast to Coast, among other magazines. A slam-winning granny, she appeared in 2017 at the Edinburgh International Book Festival, as well as reading in Rosslyn Chapel by candlelight.


RAFFLE: Listen Softly is always free but please bring some change for our monthly raffle!

LISTEN SOFTLY was founded in 2013 by poet and writer Dominic Stevenson. Dominic found it difficult to feel ‘at home’ at many of the performance nights in London, where the emphasis was on memorised material and ‘slick’ delivery. He decided to create a space where performers who may face barriers to getting onstage would a) feel welcome b) be able to express themselves in a way that made them feel comfortable and c) would get chance to read alongside established names. Listen Softly has featured artists such as Sara Hirsch, Rob Auton, Fran Lock, Rosie Garland, Aki Schilz, and many more.

A poem in Bonnie and Crew